This is where you talk strategy! What are your technics to win? Share your knowledge or ask your questions here.
Post a reply
3 posts • Page 1 of 1

*** This is a continuation of TT Tutorial 02A, the same rules apply Same/Plus. The deck used is purely for the purpose of this example and should not be considered a practical deck. ***

In this post, we will use the example of Player 2(Red) starting with the "Hit Me" move from Tutorial 01: 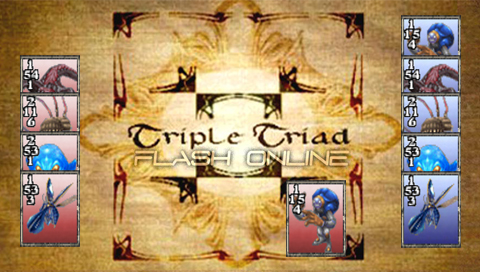 The counters for this move will be very similar to the moves of Tutorial 02A, except we have the option of hitting the card. Here are the counters that I like to use:

I See Your Start, and Raise You Another: 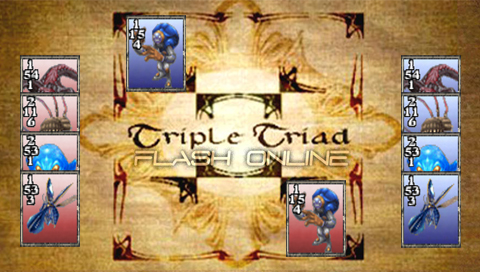 Sometimes when the opponent wants you to hit them, you can frustrate them by not doing what they want. This works best when you place a card as far away from their's as possible. The result is now they have to put a card down and probably be even more exposed than they were before. 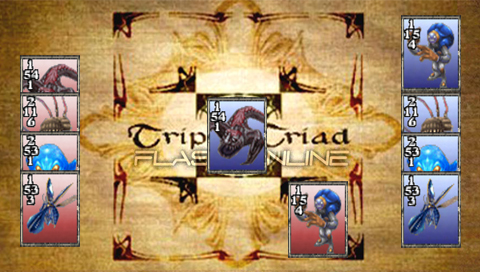 Here we have placed a card that, if the Opponent hits us on the 4 or the bottom 1, we will be able to hit our card back + take theirs using Gesper or Blobra. Gesper has a Plus Set-Up next to the 4, but take a look at the bottom 1. There are no cards that can plus there, but Blobra is strong enough to take both cards at that spot. Sometimes, brute strength is good enough when doing a Set-Up. 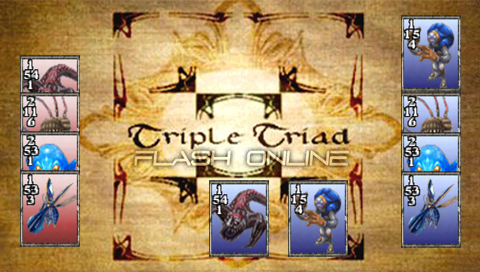 Finally, if you feel you have no choice but to hit them, I advise doing it in the following manner: When the opponents card is exposed in this way, they can easily take back their card, but by hitting them, you are exposing your card. By being too aggressive, you may end up exposing yourself too much, and end up losing in the end. I suggest that if you have to hit their "Hit Me" card, do it in a way that leaves you the least amount of exposed sides. Here, I have hit with my Geezard, but only the side with the 1 can be taken.

My next Tutorial will be a continuation of the 02 Tutorials, and will explain how to counter the deadly Box-In Start.
I hope you enjoyed this. See you next time!

I really like the "I See Your Start, and Raise You Another". I think the Set-up riskier than the agressive move if you have the combo in rules. Both two moves you are exposed to combo, but... hnnn I don't know... You chosed strange cards LOL

I'm waiting for the next tutorial

Glad you enjoyed it Mukuroy. Next tutorials, I will use some of my personal favorite decks.
Founder of The Brotherhood of Seed
CG Artist of Triple Triad Flash Online
https://cityofsecrets.deviantart.com/
https://kong3d.com/

Users browsing this forum: No registered users and 0 guests